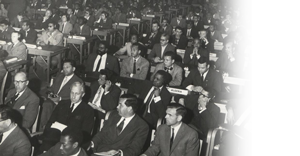 In 1948, an initiative was undertaken to establish a youth organisation to promote global cooperation and understanding amongst the young people of the world. Recognising the need for a universal youth organisation, youth leaders from national youth councils of all member countries of the United Nations were invited to attend an international conference in London . In August 1949, the international conference held at Westminster Hall in London established the World Assembly of Youth.
The draft charter, which had been prepared in February 1949 in Ashbridge, England, was ratified at the first official meeting of WAY in Brussels a year later. The meeting, organised by the Belgian Youth Council, was attended by more than 100 young people from 37 countries. The WAY Charter was ratified by 29 of the national youth councils present, and WAY began its work on behalf of the world youth community. 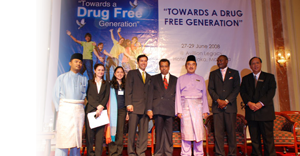 The WAY headquarters has moved throughout the years to various bases including Brussels, Paris, London, and Copenhagen. In 1999, the WAY headquarters moved to Kuala Lumpur, Malaysia and now has finally established its headquarters building, the World Youth Complex, in Melaka, a southern state of Malaysia.

The World Assembly of Youth recognises the Universal Declaration of Human Rights as the basis of its action and services. WAY promotes the work of youth organisations in areas such as: democracy, environment, human rights, population, health, drugs, peace, gender equality, community development, leadership training, and cultural and religious tolerance. It provides opportunities for youth representatives from different countries to exchange ideas and experiences, to coordinate programme plans, and to reach a better understanding of each others' problems due to differences in racial, religious, and national backgrounds.
Since its formation, WAY has increased its membership of national youth councils to the present 92 full members, from as many countries from all continents. Furthermore WAY has 6 associated members and 26 organisations of observer status. The regional structure of the National Youth Councils in all the continents, Asian Youth Council, European Youth Forum, Caribbean Youth Forum, Forum for the Integration of Adean Youth, Pacific Youth Council, Arab Youth Union, Pan-African Youth Union, African-Arab Youth Council, SADC Youth Movement, A Better Community for All (ABC4ALL), Association for Community Development (ACD), Child and Youth Finance International (CYFI), Commonwealth Youth Council (CYC), Global Youth Innovation Network (GYIN), Great Silk WAY International Youth Union and Worldview Mission, and many more are consultative members.
As the international coordinating body of national youth councils, WAY has consultative status 1 with the United Nations system, the highest status possible for a non-governmental organisation. WAY co-operates with the United Nations and many of its special agencies, particularly with UNESCO, ILO, UNICEF, UNDP, UNFPA, UNAIDS, UNEP, UNCTAD, UNICEF, and WHO.
WAY's funding is based on membership fees and other contributions from members. WAY's different projects have been funded by various United Nations agencies, government aid agencies, and private foundations. 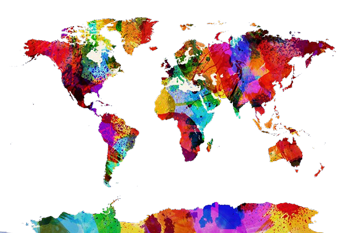